All Processing code for this article, along with images and animated GIFs, can be found on Github

I recently came across Tyler Hobbs’ fantastic post on simulating watercolor paints and decided to implement it in Processing. This article explains in detail how you can implement Tyler’s technique from scratch, and here is the kind of effect you’ll be able to create by the end. 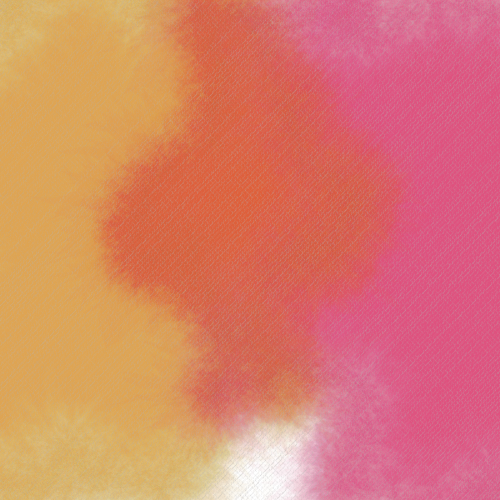 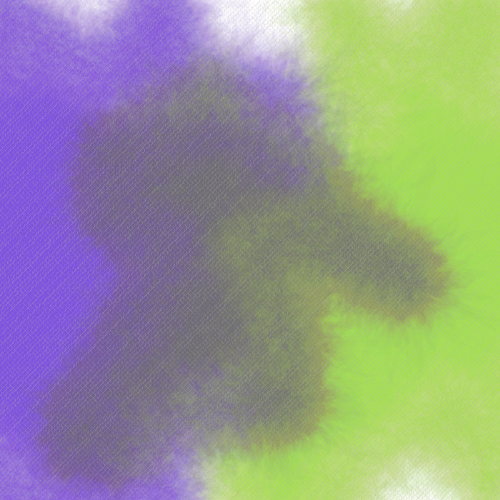 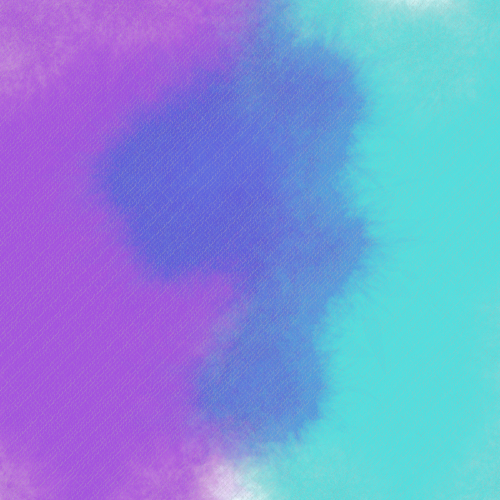 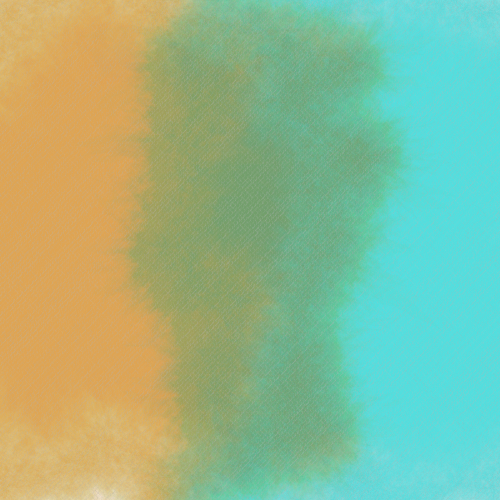 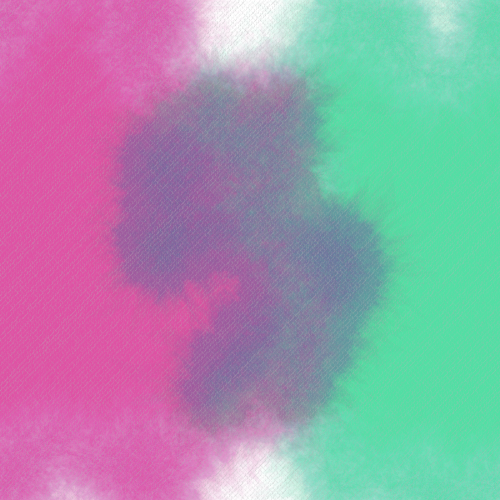 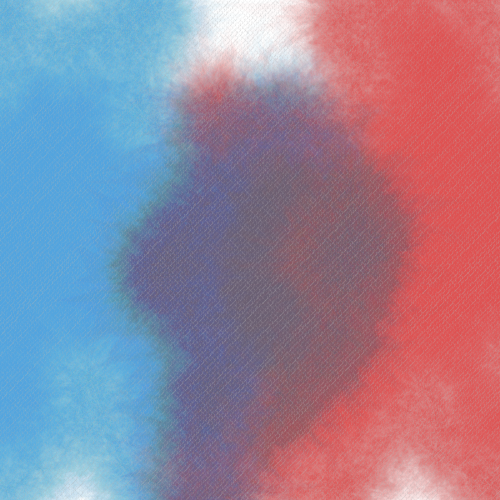 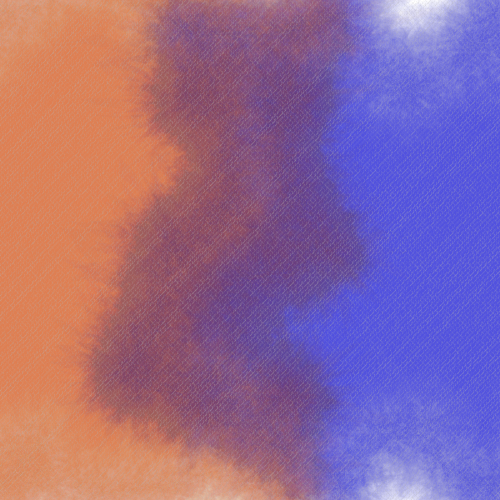 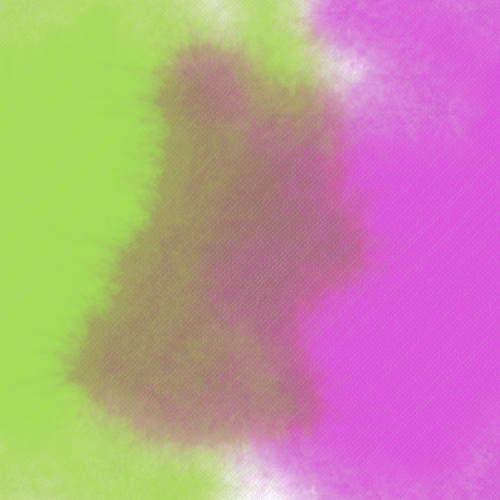 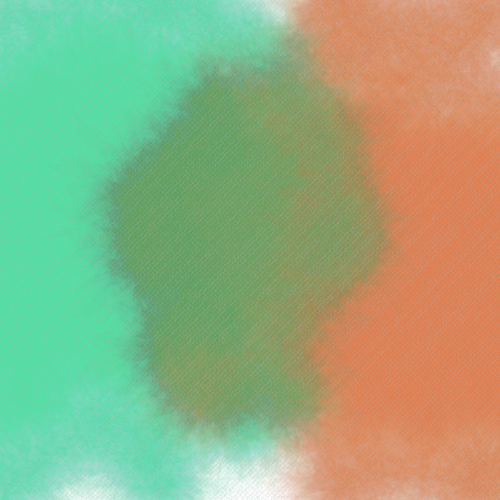 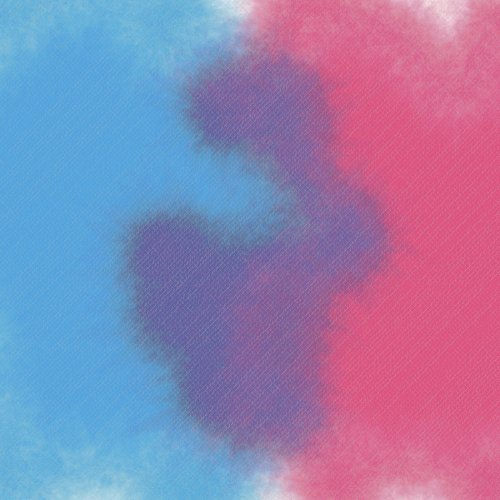 The steps required to generate a single brush in the watercolor style shown above are: (i) start with a regular n-sided polygon, (ii) deform it to form a base polygon, (iii) create variations of the base polygon by deforming it further, (iv) stack all the variations using a low opacity, and finally (v) interleave polygon layers from different brushes so that overlapping areas blend correctly. As a bonus, I’ve also added a section on how to add some canvas- or paper-like texture to the final result.

Note the use of an ArrayList<PVector> to hold our list of points. A PVector is an easy way to represent a pair of X/Y coordinates in Processing, and since we want a polygon with multiple points, we use an array of such coordinates (via the ArrayList class). This is a handy way to represent polygons in Processing that are comprised of many points, and we can draw these points easily with the following code.

In the above, we generate a 10-sided regular polygon centered at (width/2, height/2) with a radius of width/3. The loop iterates over the points sequentially, adding them as vertices of a shape, and we finally close the shape with a call to endShape(). What we end up with is the following. 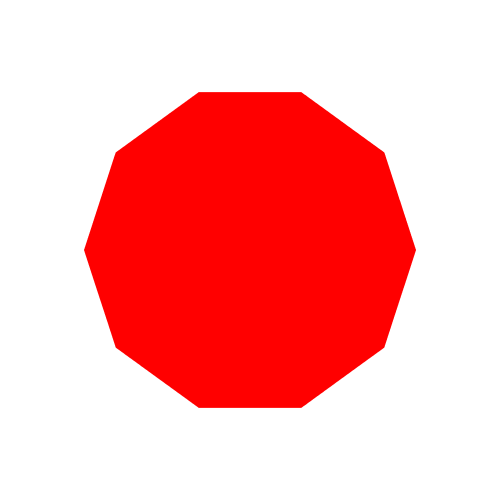 It should be noted that there’s no inherent reason to begin with a regular polygon for our watercolor brushes other than convenience and simplicity. You can specify any set of points making up any arbitrary shape (e.g., for implementing different brush shapes).

Now that we have a regular polygon, the next step is to deform it. The function below shows my version of this.

In the above code, the first thing to note is that the function takes as input, a set of polygon vertices (via the points parameter) and returns a new set of deformed vertices (via new_points).

In the main loop, we iterate over the set of points in a pairwise fashion to get the X/Y coordinates for both points of individual edges. These get stored in (sx1, sy1) and (sx2, sy2). You’ll note the use of the indices i and i + 1 to get the ith and (i+1)th vertex. Since for the last point i + 1 would exceed the length of the array, we wrap back to the 0th index using the module operator (%).

Finally, we add the first point to new_points, followed by a call to a subdivide() function that adds the randomly-shifted midpoint of the two ends of the edge to new_points. We’ll look into this function in more detail in a moment, but it receives a depth parameter that specifies the recursion depth to which we want to subdivide the edge, a variance that is used to specify the magnitude of the shift, and a vdiv parameter that is used to reduce the variance with each successive recursive call. We’ll look at this in more detail in a bit.

Creating a Base Polygon

We can now generate a base polygon to work with.

We create a regular polygon, deform it, and return it. I’ve found that having five layers with a variance of a 10th of the radius, with a halving of the variance between recursive calls (i.e., vdiv is 2) works nicely. Here’s the result. 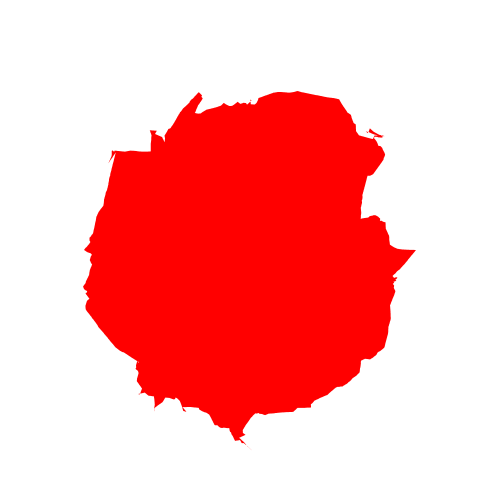 Generating Variations of the Base Polygon

Generating variations is fairly easy since our deform function is agnostic to the shape being passed. Instead of a regular polygon, we just give it our base polygon from the previous step.

So far we’ve been generating individual polygons. It’s now time to stack them up together to form our watercolor brush.

Here’s a simple function for creating a stack of polygons centered at (x, y) and radius r starting with a base polygon with nsides sides.

We first create a base polygon followed by one hundred variations. Each time, we add the variation to the stack before finally returning it at the end. There’s a lot of room for exploration in the variance and vdiv parameters passed to the deform() functions, but for convenience, I’ve picked and hard-coded ones that look visually appealing to me. We can render this stack of polygons on screen using the following function.

Here is the result! 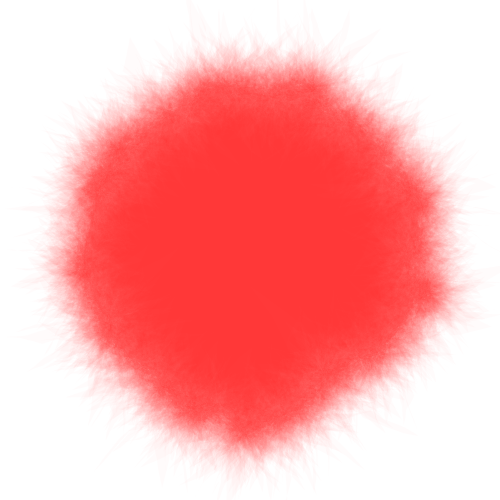 In Tyler’s original article, he also has a clever approach for creating areas of high and low variation, but I haven’t found an elegant way to do this. I’ll update this post at some point once I find one.

To interleave layers, we take many stacked polygons and draw them a few layers at a time. Note that this means it’s not easy to draw watercolor brushes incrementally. That is, you must know beforehand, all the brushstrokes that are going to go on your canvas (or sub-region of the canvas) and draw them at once.

And I know what you’re thinking.

I suppose you could use classes at this point to ease the notation a bit, but I like the simplicity of sticking with functions that use built-in types. It’s also very easy to remember and, if you forget, to easily recreate in your head (vertices → polygon → stack of polygons → list of stack of polygons). If you prefer classes, it might be a useful learning exercise to try and abstract this logic into classes.

We first create a stacklist variable and initialize it. Then we can create one or more polygon stacks using the polystack() function we wrote earlier, and add them to our stack list. Finally we draw them using draw_stacklist() which takes a parameter of how many layers comprise each interleaving. So a value of 5 means that the first 5 layers will be drawn for all stacks, followed by layers 5 – 10 and so on till no more layers remain in any polygon stack. The code for this is shown below.

Note that we now need to provide some additional color information for each stack of polygons so that the drawing function can set the fill color correctly. We do this via a separate colors array. Everytime we add a stack to the stack list, we also add a color associated with it to the colors array, which is passed along with the stack list to the drawing function (see below). (Note that color in Processing is simply an alias for int, and so it works if we just use an integer array. It’s also why it’s difficult to use an ArrayList with colors as they are not objects.)

Yes yes, I know. Watercolors are not painted on canvas. However, I think the effect it produces is very cool regardless! The basic idea is to finish drawing all our watercolor brush strokes and, at the very end, overlaying a fine canvas-like texture over the whole image.

Here’s the texture I came up with. (It’s been drawn on a black background for visibility as the lines are colored with a low-opacity white.) 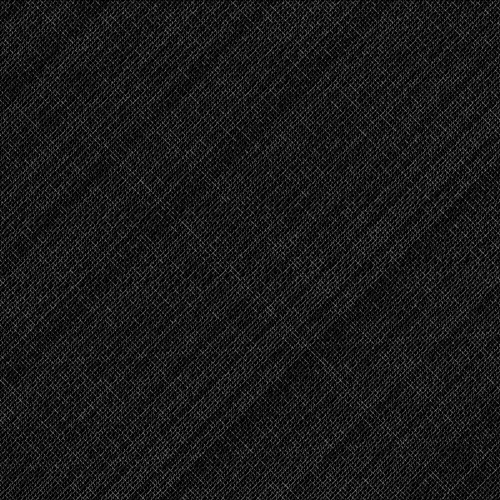 The way this was done was to draw two sets of lines at 45° and 135° degrees. With a low spacing between the lines, this gives a nice crosshatch. 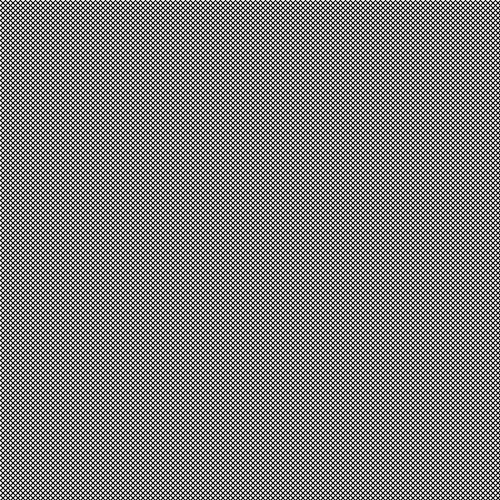 Here’s the code for generating this.

To make things a bit more interesting, I wrote a custom line-drawing function that draws the exact same lines, but in short segments, while varying the opacity, thickness, and orientation of each one (the last one only to a small extent). Here’s the code for that.

The above is a simple line algorithm that calculates the change in X and Y directions for a given step and draws a smaller line with slight variations in the position and stroke thickness. We simply replace the calls to line() in our grid() function to gridline() calls and vary the opacity randomly like shown below.